How I Learned Not to Make Assumptions and Have Awkward Conversations 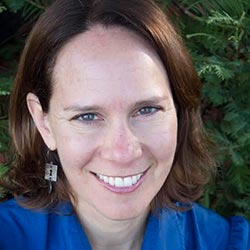 Four months into my Peace Corps service in Uganda, my boss stopped coming to work during regular business hours. He would often arrive at 11 a.m., and leave for lunch around 2 p.m. I was puzzled. What kept him at home until the late morning? And why was he leaving so early in the afternoon? I knew time was a much more fluid concept in Uganda than it was in America. If I invited my colleagues to meet at 10 a.m., they might arrive around 11, 11:30, or sometime later that day. However, every Ugandan I knew got up when the sun rose. Many people worked in their fields before they left for their office between 8:30-10 a.m. As an outsider, I really wanted his guidance so that I could feel more productive and make sure I was working on things important to my Ugandan colleagues and not just important to me.

Around 8:45 am, I’d use my own key and let myself into our empty office. I’d greet and visit government health care workers in the clinic next door, practice the language spoken in my town, Luganda, and learn about the challenges of immunizing children who live far from a clinic and chat about upcoming weddings, funerals, and births.

During Peace Corps, children affectionately referred to me as muzungu, which means white person or foreigner in Luganda. I often wanted to be invisible because I looked so different AND because I so desperately wanted to fit in. Ugandans frequently stopped whatever they were doing to stare at me, or if I was standing near someone, I would suddenly find kids stroking my hair. Uganda has over 50 different cultural tribes and consequently a variety of norms. As Ugandans in my town were typically non-confrontational, I tried to follow their lead. This wasn’t easy for a New Jersey-born American with Brooklyn roots. It meant that I kept my thoughts about my boss’s recent behavior to myself.

I texted a good friend to share my frustrations with her. I couldn’t wait to vent. It was only after I clicked “send” that I realized that I accidentally sent the message to my boss. Immediately, I felt fear and worry. However, the mistake forced me to find out what was really going on with my boss. I called him and asked if there was a reason why he arrived late and left the office early. It turned out that he hadn’t been paid for the past five months. Unfortunately, all Red Cross employees weren’t being paid because of a cash flow problem at their head office. The longer I stayed in Uganda, the more I learned that delayed paychecks were a pretty common occurrence. I felt terrible about what had happened.

Almost 20 years after serving in the Peace Corps, this story has a few invaluable lessons that I regularly apply to UX research. It’s an important reminder to identify my assumptions and ensure that I’m testing them rather than assuming that they’re fact. I aim to assume positive intent, and focus on being curious. We, as researchers, never really know what’s going on with our colleagues, the people we’re interviewing, and other stakeholders. This experience also highlighted my need to learn the cultural context of where I’m working - whether I’m in another country with cultural norms different from my upbringing or a company that has its own set of cultural mores. Living in Uganda, I knew that I’d never fully understand the culture or be aware of all of the intricacies of what is and isn’t appropriate. But by recognizing this, and prefacing my intent by saying something like, “Please let me know if this is not something appropriate to ask...” or by asking a trusted Ugandan advisor how he or she would handle a certain situation, I think that I had a better chance of not offending anyone. I also learned to push myself to have more challenging conversations. I try to balance having an awkward conversation with considering the culture of where I’m working. Lastly, I think this and other similar experiences in Uganda taught me that I don’t have to constantly be doing something. Spending time learning about people, their struggles, and their joy, and listening was and continues to be the most important part of my UX work. I feel incredibly grateful that I had a chance to make and learn from my mistakes, and incorporate these lessons into my current day-to-day work as a UX Researcher.